ReSolve sets out to replace two hazardous solvents – toluene and NMP (N-methyl-2-pyrrolidone) – with safer alternatives derived from non-food carbohydrates. These new solvents will omit parts of the molecular structure that cause toxicity. The new, safer solvents will have a wide range of applications; project ReSolve will also demonstrate their sustainability, low health impact and high application performance.
These bio-based solvents will allow Europe’s solvent industry to avoid the negative economic impact of the regulatory restrictions on the use of hazardous solvents. The impact of this research is relevant to thousands of downstream businesses and consumers, whilst reducing the health impact on millions of European citizens that are routinely exposed to solvents as part of their job.

In addition, ReSolve intends to create a pipeline of new solvent candidates offering substitution options for other hazardous solvents in the near future. 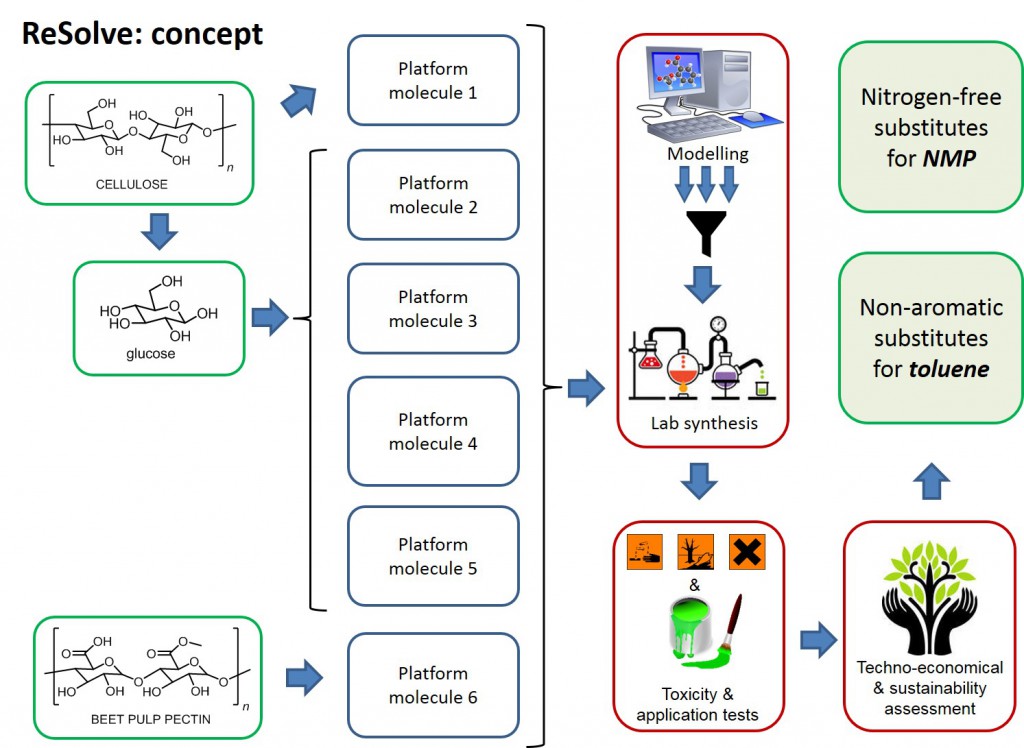 The overall objective of ReSolve is to replace common, fossil-derived solvents that the European REACH regulation has identified as substances of very high concern (SVHC) or has already put restrictions in place. The specific objectives will be to:

Project ReSolve expects to have the following impacts. It will